On 10/3/2017, the Lincoln Center and the New York Philharmonic released a joint press release announcing their decision to “re-envision the strategy that will steer the forthcoming renovations of David Geffen Hall.” Lincoln Center’s 210-word press statement provided few details.

New York, NY (October 3, 2017) — After a concentrated period of deep review and thoughtful evaluation, Lincoln Center for the Performing Arts and the New York Philharmonic have decided to re-envision the strategy that will steer the forthcoming renovations of David Geffen Hall. The two organizations will forgo the original design proposal, and instead move forward with a new master plan—one that will be ambitious, but will center primarily on improving audience and artist experiences inside the hall, and will include phased renovations.

The goal of the project remains to create a welcoming and world-class concert hall, which will include a reimagined hall configuration, with a focus on acoustics, and enlivening the hall’s lobbies and other public spaces. This re-envisioning has the major advantage of keeping the Philharmonic in its home without prolonged periods of displacement.

Lincoln Center and the Philharmonic are grateful to the early design team for its completed work, which helped to reveal and clarify many complexities, both logistical and technical, in the project. These complexities compelled the two organizations to perform additional due diligence on the vital project and, as a result, to develop a new approach to renovate the iconic structure.

Lincoln Center and the New York Philharmonic will announce complete details of the new plan at a future date.

In short, they are scrapping the existing plan entirely and will roll out scaled back versions over a yet-to-be-determined timeline. 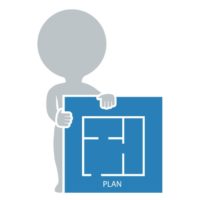 The New York Times published an article on 10/3/2017 by Michael Cooper that provides additional insight but both organizations provided few additional details. Similarly, the Wall Street Journal published an article later the same day by Charles Passy with much of the same. The only item of note is the impending plan and related construction will likely be rolled out in phases.

The big unknown with this approach is whether it can accommodate the minimum amount of work needed to improve the sad state of acoustics for Geffen Hall.

Granted, it’s far better to abandon a plan with an unreasonable risk-reward ratio but until the organizations release details for the revised plans, everyone will have to be content with hurry-up-and-wait syndrome.