As of today, the Chicago Symphony Orchestra Association (CSOA) has cancelled events through April 9, 2019 and as the work stoppage marches toward the one-month mark, you can bet both sides will be turning up the PR rhetoric. To that end, let’s look at one recent talking point that crosses the spin line.

Labor Disputes In The Age Of Gaslighting 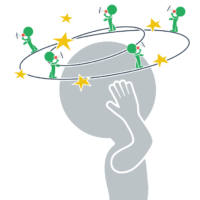 For decades, it’s been common to see both sides in a labor dispute engage in a sort of hyperbole arms race. The longer the dispute, the more willing they are to stretch the boundaries of believability.

But now that we’re firmly entrenched in the age of gaslighting, it would be wise for stakeholders to consider how old talking points can become contemporary trigger warnings that push supporters away.

One recent example is from the employer and how they spin the musicians’ paid vacation benefit.

In a recent FAQ document, the CSOA presented the current paid vacation benefit as evidence they are offering a fair contract.

With a minimum of 12 paid weeks off every year, CSO musicians have the most generous paid time off benefit in the U.S.

To the average US worker, 12 weeks of paid vacation can certainly come across as a lavish benefit.

But paid vacation time among 52-week orchestras is just another dirty little secret that lives on the outskirts of transparency.

Interestingly enough, CSOA President Jeff Alexander actually set the groundwork for demonstrating why this benefit is motivated more out of improving the bottom line than magnanimity.

It’s All About Dollars And Cents, But Not In The Way You Might Think

During a press teleconference on 3/18/2019, Alexander mentioned that the lack of earned income from ticket sales due to the strike wasn’t impacting the groups cash flow (emphasis added).

“The irony behind all of this is that we’re a not-for-profit organization,” he said. “Whenever we present performances, we actually lose money.”

The losses are compensated via charitable contributions, foundation awards and other ways.

“For the moment, [the strike] is not having a negative impact to the organization,” added Alexander.

But unlike a benefit such as health care where the benefit’s expense drives decisions on which plans to offer, the prevailing factor becomes how much an orchestra can save by offering more paid vacation time than the national average.

On the surface, that may seem counterintuitive but the key bit of knowledge here is most professional orchestras don’t cover the expense of a typical masterworks style concert series by earned income alone (ticket sales). Consequently, the remaining costs are covered by a series of unearned income sources such as sponsorships, investment income, and donations.

Simply put, after a certain point, it costs the employer less to pay musicians for not playing.

This was exactly the point Alexander was making during the teleconference.

It is also why most 52-week orchestras offer musicians as much as four times the number of paid vacation days over and above the national average.

By the time an orchestra reaches the 52-week threshold, most employers have identified the sweet spot between how many weeks of active concert events they can sell to generate target earned income goals and when that becomes too much of a negative return.

Once that is determined, any days past that threshold are offered up as a paid vacation benefit.

This brings us full circle back to the CSOA’s recent talking point on the number of paid vacation weeks musicians receive as proof they are offering a fair contract.

Which is it; do musicians receive 12 weeks of paid vacation because of employer generosity or is it more of a cost savings measure?

For an orchestra with annual expenditures the size of Chicago, it is most definitely the latter.

X
#TBT Work Stoppage BasicsNegotiationsEvery time a work stoppage rolls around and lasts for more than a few weeks, it is common to see some typical questions arise. To that end, today's #T…

Taking Some Spin Out Of The Chicago Rhetoric

4483 min
X
Chicago Issues Last, Best, and Final OfferNegotiationsAccording to a 4/8/2019 press statement from the Chicago Symphony Orchestra Association (CSOA), the organization presented what it defines as its last…
Send this to a friend