On Monday, 12/14/2009, Marc van Bree published an article at his blog, Dutch Perspective, announcing the results from his Orchestras and Social Media survey. In addition to a downloadable copy of the full report, there’s an excellent slide presentation on the key findings and recommendations. Van Bree’s survey is the first I’m aware of that focuses on defining how orchestras use social media as well as collecting and cross tabulating details about budgets, resource allocation, and benchmarking… 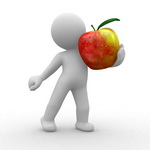 Like any worthwhile initial study into a topic as expansive as social media, Van Bree’s survey leaves the reader with more questions than it answers. That’s not to say it doesn’t provide useful recommendations; it does, and we’ll examine those later in the piece. However, the responses provide just enough fundamental data to trigger any good professional’s strategic thinking process.

In the spirit of full disclosure, it has been my pleasure to serve as a sounding board for Van Bree while he was designing the survey as well as reviewing the full report for feedback before it was published but at the same time, I had no hand in implementing the survey or compiling results. Consequently, Marc van Bree deserves a great deal of kudos from those inside the field for taking his own time to develop this project.

Instead of reviewing each key finding and recommendation, we’re going to focus on a few points.

1. Process the results as they are intended.

Van Bree clearly advises readers to see the report as informative, rather than authoritative. This is good advice and yet another indication that ample room exists for additional research (this is an ideal project for a Foundation or similar private, philanthropic organization). Granted, some of the questions contain terminology that could easily be interpreted differently by respondents but this is acknowledged by Van Bree and should be an expected byproduct of a survey designed to study social media; a field that is itself, in a state of rapidly evolving nomenclature.

2. Plenty of enthusiasm, but is it genuine?

One of Van Bree’s findings is that most organizations have moderate to high levels of interest and believe social media is important, yet 53% allocate zero budget resources to social media efforts and another 20% allocate less than $1,000 annually. On the surface, this data could be interpreted as contradictory.

Alternatively, this could be an indication of a transitional period within the field where groups want to dive into using social media but a profound lack of knowledge (as indicated in a separate key finding) is preventing those efforts.

One of the more shocking findings is how little significance respondents placed on developing revenue as a goal of social media efforts. On a scale of one to five (1=low, 5=high), respondents rated the importance of ticket sales at 3.2 and increasing fund raising at 2.6 as specific “social media goals and objectives.” My immediate thought was “who is completing these surveys?”

Nonetheless, this could simply be another indication of just how deep the general lack of understanding behind how social media works. Certainly, organizations shouldn’t exclusively use social media as an outlet to shill and sell tickets yet there is no way to reasonably separate revenue development from other mission related goals. Simply put, revenue performance and the institution’s mission are not mutually exclusive.

Also interesting are the responses that received the highest marks for social media goals and objectives: increasing Web traffic (4), increasing awareness of programming (3.93), and increasing brand awareness (3.93). The gap between increasing web traffic and revenue generating activity (ticket sales and donations) is puzzling, especially if respondents believe one of the paramount functions of a website is to generate revenue. It is unclear why this level of disparity exists and subsequent study would undoubtedly shed light on additional details.

4. We need to think bigger.

The author’s recommendations are all spot on and should be taken to heart by every orchestral organization regardless of where they are in developing social media activity. Furthermore, when taken as a whole, Van Bree’s observations point to an undeniable conclusion that most groups are approaching social media activity outside of annual planning sessions. There’s a strong sense that social media work is approached subsequent to strategic and budget sessions have concluded. Until it moves beyond this after-the-fact status, orchestras will never maximize the medium’s potential.

Ultimately, social media tools and platforms remain one of the most promising mediums for improving revenue performance and expanding awareness. What appears to be lacking is a thorough understanding of social media avenues and how to track campaign performance. One way or another, this will change and the business will reach a point where social media efforts are ingrained into the fabric of marketing, development, and education efforts. Van Bree’s survey is an excellent first step in moving the field toward that goal.