That section of the official press statement reads as follows:

As of midnight Tuesday, Louisville Orchestra manager Rob Birman told musicians the institution would “withdraw” all present and past offers of employment to the musicians, terminating all the orchestra’s musicians. Mr. Birman continues to receive his $115,000 annual salary, while the musicians are without pay or employer-subsidized health insurance and protection for the valuable instruments with which they perform in the orchestra. The bankruptcy plan the orchestra filed Tuesday asserted the institution commit itself to a budget equivalent to that put forward during the negotiations.

I contacted LO CEO Rob Birman for a response to the accusation and whether or not it is accurate, and he provided the following statement via email.

Thank you for asking. The short answer is “no.” There is nothing that has transpired that would give any person the notion that we have terminated anything. I believe the musician’s media statement is inaccurate, intentionally or otherwise.

Nonetheless, the musicians’ statement is very clear about what they perceive as a threat of being replaced with outside musicians.

Birman said at Saturday’s negotiations that the ensemble would attempt to staff its concerts with individual musicians working on a per-service basis.

In order to prevent any misunderstanding, that section was followed up with a account from American Federation of Musicians president, Ray Hair, that any such move likely be met with a swift response.

Yet Ray Hair, the American Federation of Musicians’ president, confirmed last week that such as action would likely place the Louisville Orchestra Inc. on the union’s unfair list.

In response to this position, I asked Birman for a reaction to the musician accounts from their last negotiation session and he offered the following:

What we have stated, in writing, in connection with our last, final and best proposal is as follows:

“If there is no agreement between the Orchestra and the Union and the LOMC, then, in that event, musicians will be hired for Louisville Orchestra programs and services on a per-service basis under pro-rated amounts, based on the weekly rates set forth in [our Last, Final and Best proposal].”

Ultimately, the big question here is whether or not the LO is considering and/or intends to hire non-union musicians for any summer or 2011/12 season concert events. In order to set aside the discrepancies between what the musicians assert was said during the last negotiation session and what Birman asserts the LO presented via written offer, I asked Birman if the LO intends on hiring non-union musicians outside the auspices of a collective bargaining agreement. Specifically, in the event the LO and its musicians are unable to come to an agreement on a new CBA, will the LO hire or consider hiring non-union musicians for any summer performances. Here’s Birman’s response.

The musicians will tell you themselves that I stated that we do not intend to work with non union musicians.

At the time this article was published, I have not yet had the time to ask the LOMA spokesperson for a response to this statement. If one is provided, the article will be updated with that information. 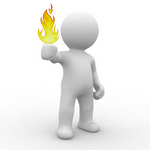 It seems that both sides in the dispute continue to be far enough apart that a resolution in the near future seems unlikely. The musicians assert they have offered additional concessions but management continues to insist on substantially reduced terms. When combined with the figurative tight rope walk that is semantics, the situation has the potential for becoming volatile.

Birman’s email response references their current terms which are available in a copy of their entire proposal at the orchestra’s website. However, it is worth noting that the document does not contain the typical reference indications of language which is new and/or edited compared to the previous agreement.

Both sides continue to assert that their offers provide a reasonable settlement for the organization to move forward. In the meantime, according to the 5/31/2011 edition of the Louisville Courier-Journal, Elizabeth Kramer reports that the judge overseeing the bankruptcy case has scheduled the next hearings for 6/28/2011 and 7/26/2011.

An additional article from Elizabeth Kramer on 6/1/2011 provides more details as does a broadcast segment from WFPL News on 6/1/2011 by Gabe Bullard. What do you think is going on in Louisville?

0 thoughts on “Events Heat Up In Louisville”