The 1/28/2013 edition of the Louisville Courier-Journal published an article by Elizabeth Kramer that reports the Louisville Orchestra has named David Hyslop to serve as interim chief executive officer. There’s no mention of whether or not Hyslop’s contract is for any specific length of time or whether or not he’ll be performing the bulk of his duties remotely from his home in Minnesota or moving to Louisville to work full time with the organization. 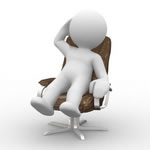 However, an article Erin Keane in the 1/29/2013 edition of WFPL.org reports Hyslop as saying he expects to remain with the organization through approximately August, 2013.

At the same time, the release does contain an intriguing Mission Accomplished style statement from outgoing board president Chuck Maisch regarding the organization’s financial stability.

“Having successfully addressed the long-standing cost structure issues that challenged the sustainability of the organization, our immediate focus has been to build our board membership and support.” said Maisch

However, according to the Courier-Journal article, the organization has yet to complete the ongoing negotiation process, overseen by Peter Pastreich. If outstanding issues are not resolved by March, Pastreich has the authority as binding arbitrator to implement final contract terms. Consequently, Maisch’s assurances about financial stability may be premature.

There was no statement from the Louisville Orchestra musicians about Hyslop’s appointment. At the time this article was published, the musicians’ Facebook page had not been updated since 1/14/2013 and their website has apparently has apparently been suspended pending domain name renewal or deletion.

X
Tough Choices Ahead for New JerseyGovernanceIn the wake of the Richard Dare resignation incident examined in yesterday's article, the New Jersey Symphony Orchestra (NJSO) finds itself in an unen…