Granted, there’s no good way to begin a work stoppage but the recent one at the San Francisco Symphony (SFS) is starting off as a text book example for how stakeholders should never approach something like this. If this is all new to you, here’s an overview of the fighting points: 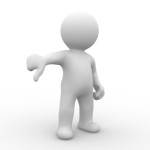 Let’s break this down into accessible talking points:

Simply put, they’re all a bunch of deserving winners.

So why on earth did all of these stakeholders decide to snatch defeat from the jaws of victory and end up at a point where the best course of action was to take public a fight over who among them gets a larger fork-full of a growing pie amidst an economic downturn.

Tell me ladies and gentlemen of the SFS (and to be clear here I mean board, executive leadership, and musicians), how exactly do you think this will work out for you?

21 thoughts on “The Worst Way To Begin A Work Stoppage”

X
Hell Hath No Fury Like A Legislature ScornedNegotiationsOn 3/7/2013, Minnesota Representatives Jim Davnie and Rick Hansen presented a letter to Jim Nobles at the Minnesota Office of the Legislative Auditor …

The Worst Way To Begin A Work Stoppage

292 min
X
It’s Tax Time + San Francisco Cancels TourNegotiationsI'm buried up to my neck in preparing everything tax related to send off to my accountant extraordinaire (if you're local Chicago, get in touch, for h…
Send this to a friend