There’s an interesting article by Tom Jacobs in the 5/21/2013 edition of psmag.com which reports on a recent study designed to determine which works have more gravitas when it comes to selling tickets. Overall, it’s a good read but along with the good is some not-so-good that should be more than enough to take everything with a grain of salt.

I haven’t read the report but having crossed paths with similar studies and based on what’s available in the abstract, I’ll go out on a limb and offer up the following. 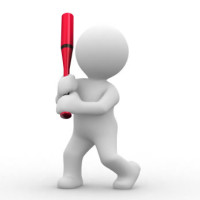 The article brought to mind a case where an orchestra received some outside consulting from a prestigious business school that studied existing ticket sales data and local metrics with an eye toward improving earned income.

The final report suggested the orchestra was undervaluing its product and the authors recommended sharp price increases.

Anyone care to guess what that course of action actually produced?

In short, price hikes were applied but the forecasted bump in earned income revenue never materialized. The real kick in the pants is everyone in the office below the highest pay grade knew that wasn’t the right answer and didn’t want to go in that direction but decisions were made otherwise.

That doesn’t mean the report wasn’t useful but at the same time, it doesn’t mean it was something that should be adopted out of hand. Consequently, you’re probably in a good place if you adopt a similar approach to this recent effort.