There’s a terrific article by Brian Wise in the 5/20/2013 edition of WQXR.org that reports on the latest wrinkle in an ongoing lawsuit between composer Nathan Currier and the Brooklyn Philharmonic. 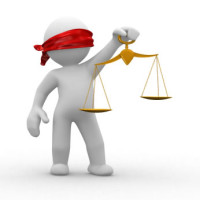 Wise reports much of the suit’s merit hinges on interpretation of work rules related to intermission lengths as stipulated in the Brooklyn Phil’s collective bargaining agreement (CBA).

For most folks with more than a cursory length of time as an arts administrator, this entire kerfuffle is the type of problem that should have never occurred in the first place. Consequently, it would be surprising to learn if all of this wasn’t the result of some terrible communication (in all directions), lack of interest amidst a fee based earned income gig, and either sloppy CBA language or sloppy adherence to thorough CBA language (or all of the above).

If nothing else, Currier’s lawsuit demonstrates the value of embracing unambiguous language related to CBA work rules. Granted, flexibility is a popular buzzword when talking about master agreements and in some instances, it is the right approach; but it is far from an ideal universal solution.

Make sure you leave some time to read the comments after going over Wise’s article, some of them are a real hoot.

5 thoughts on “The Curious Case Of Currier’s Claim”