Although the shutdown impacted hundreds of thousands of individuals in some of the worst ways possible, there’s one element that might be useful for helping bring about some positive movement in the entrenched Minnesota Orchestra Association (MOA) dispute. In particular, determining exactly how much money the MOA has on hand to continue operating during the lockout until they can no longer avoid the inevitable: liquidation. 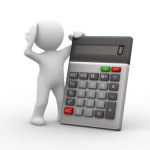 On the morning of 10/16/2013, barely 12 hours before a Congressional deal began to materialize, National Public Radio (NPR) had a series of interviews with various academic and third party authorities in an attempt to get a better picture of exactly when the Federal Government would run out of money and begin defaulting on debt payments.

Granted, there was no universally recognized date but the part that is perhaps the most useful is all of the learned opinions had a wealth of quantifiable data from which to run calculations. In the end, NPR provided enough information to determine a two week window of opportunity where the economic system would begin to break down.

The important bit to extract from all of this is just how much transparency and reliable data actually exists for something as complex and highly politicized as the United States government.

But if any similar authorities in this field, myself included, were asked to reasonably deduce how long the MOA has before it runs out of money you would be very hard pressed to have enough data to reach a ballpark conclusion set aside something like a dependable two week window.

And good luck to anyone attempting to wrangle basic data out of the MOA. Requests for information will likely be interpreted as a way to influence negotiations and for all intent and purposes, it would; but only inasmuch as knowing the Federal government’s default threshold forced key elements to begin jettisoning politics and making deals.

The real question at this point is whether or not the field, as a whole, has the will to begin making this data available on its own in a reliable fashion. If not, we can only expect hording strategies to serve as a cornerstone for protracted labor dispute tactics for decades to come, which is a polite way of saying we have no one to blame but ourselves.