A coloratura goes to a psychiatrist complaining about mental stress from a string of bad reviews. The doctor says, “You’re crazy.” The coloratura says, “I want a second opinion” so the doctor tells her “Okay, you really should have been a lyric soprano!” Speaking of second opinions, the Metropolitan Opera’s (Met) mediation has produced an interesting byproduct in the form of a mutually agreed upon independent examination of the organization’s financial records. 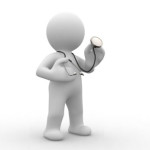 Here are the must-know bits of info:

Over the past month, the Met and its largest unions have been lobbing PR shells at one another with the Met purporting dire financial projections resulting from labor costs while the union employees have not only challenged their employer’s figures but asserted that any financial distress is the result of underperforming risk/return ratio via General Manager Peter Gelb’s artistic planning over the course of the last several seasons.

It seems clear that the independent analysis is a reasonable step toward crafting a mutually agreeable financial snapshot capable of guiding subsequent bargaining efforts; but from a practical perspective, that is much easier said than done.

Anything But One Size Fits All

Although the results will be confidential, it will be interesting to see if we learn what type of financial analysis will be performed. An 8/2/2014 press statement from the American Federation of Musicians (AFM) referred to it as a “due diligence financial study” which sounds nice but is still rather nebulous when determining whether or not the examiner will use the Met’s existing financial categorization structure or go deeper into a line item examination.

A good example of this is the well-worn subject of the poppy field set piece from the 2013-14 “Prince Igor” production. The excellent article by Jennifer Maloney in the 5/30/2014 edition of the Wall Street Journal uncovered that due to the Met’s categorization of expenses related to that production, all costs associated with the storage facility, eight trucks, and associated labor required to relocate the set off-site were not considered part of the production expenses.

Consequently, it will be interesting to see if the independent analysis will re-categorize the Met’s expense structure (not likely given the enormity of the budget) or at least provide some clarity between how expenses are related.

On a similar point, it will be equally interesting to see if the analysis provides any clarity on the real dollar impact of proposed wage and benefit cuts. The Met musicians have asserted that the proposed cuts will result in a 21.9 percent reduction in wage related income and that figure increases to anywhere from 25.2 to 37.55 percent when taking health and pension benefits into consideration (page 64 and 65). The Met has maintained those cuts only amount to no more than 17 percent reduction in earnings although they have yet to provide detailed breakdown for exactly where those cuts would transpire and whether or not they include adjustments to any one element, or combination thereof, from wages, work rules, health benefits, and pension benefits.

In the end, this is certainly a step in a better direction compared to where the stakeholders were previously headed and although there is no word on any sort of official press blackout during the review period, it will be interesting to see if all parties involved take advantage of the opportunity and remain mum until after the report has been submitted.

3 thoughts on “The Met Is Getting A Second Opinion”