A few weeks ago during one of the Fort Worth Symphony Orchestra negotiation articles, I indicated that we would take some time to examine a topic we’ve never studied before: vacation time. Although vacation time seems like a fairly straightforward item to those outside the field, there’s actually quite a bit more going on under the surface. 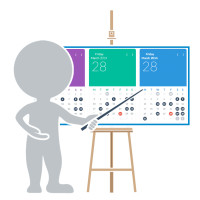 Like many issues within the field, this one doesn’t unfold the same way across the variety of season length thresholds nor is it consistent between union employees (musicians) and non-union employees (administrative staff). To begin with, it is important to understand how paid vacation day benefits are applied across stakeholders based on an organization’s season length.

Next, it helps to recognize the difference between how an employer determines whether or not to offer paid vacation benefits to musician and administrator employees and if so, how many days.

It’s All About Dollars And Cents, But Not In The Way You Might Think

Perhaps unsurprisingly, orchestral employers determine paid vacation benefits based on internal cost analysis. But unlike a benefit such as health care where the benefit’s expense drives decisions on which plans to offer, the prevailing factor becomes how much an orchestra can save by offering more than the national average.

On the surface, that may seem counterintuitive but the key bit of knowledge here is most professional orchestras don’t cover the expense of a typical masterworks style concert series by earned income alone (ticket sales). Consequently, the remaining costs are covered by a series of unearned income sources such as sponsorships, investment income, and donations.

There’s nothing to be alarmed at with this scenario; in fact, it’s the way most nonprofit performing arts organizations operated for more than half a century.

But this earned vs. unearned income gap becomes a crucial variable when an employer determines how much paid vacation time to offer; this is doubly so in the case of 52-week orchestras.

Simply put, after a certain point, it costs the employer less to pay musicians for not playing.

This is why most 52-week orchestras offer musicians as much as four times the number of paid vacation days over and above the national average.

Among orchestras where the 52-week season status rises to the level of becoming a labor dispute trigger, most orchestral employers attempt to identify a sweet spot between how many weeks of active concert events they can sell to generate target earned income goals and when that becomes too much of a negative return. Once that is determined, any days past that threshold are offered up as a paid vacation benefit.

Up until the economic downturn, employer and musician employee stakeholders have been happy to accept this arrangement. Granted, it isn’t something either side readily admits in a public forum, but this is the way it works.

But once the economic downturn hit, both stakeholders turned to this pool of paid vacation days as an initial source to reduce the sting of annual deficit driven austerity measures. The most typical byproduct came in the form of unpaid furlough days, which usually ended up being deducted from the paid vacation day pool.

As time continued, how well an organization navigated financial challenges was directly related to any exacerbated labor tension over whether or not those furlough days should become permanent.

This is where many orchestras with 40 to 52 week seasons are today, some have little to no conflict whereas others have seen increased sparring. But the real fireworks erupt when an employer seeks to convert temporary furlough days into a permanent reduction of paid vacation days, thereby triggering a loss of 52-week status.

4 thoughts on “Unraveling The Mystery Of Paid Vacation Weeks”

X
Is Your Organization On The IRS’ Naughty List? Here’s How You Can Find Out……FinanceDiamonds may be forever, but not tax exempt status. Each year, the Internal Revenue Service automatically revokes an organization's tax exempt status …