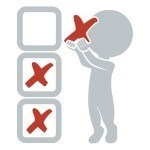 Part of my traditional consulting includes providing direct negotiation services and/or providing negotiation counsel and support for musicians, executives, music directors, and boards seeking to create or amend an individual work agreement. For musicians, these are colloquially known as overscale contracts and among those three stakeholders, it isn’t unusual to see a musician inadvertently limit his/her potential earnings due to falling victim to one or more of these three common bear traps.

If you aren’t familiar with individual overscale agreements, these are the contracts that certain orchestra musicians utilize to negotiate terms above and beyond those set forth in the collective bargaining agreement (CBA). They are negotiated outside the auspices of the CBA between the musician and the association. In short, individually negotiated overscale is the vehicle that allows orchestras to be competitive when attracting and retaining specific talent. 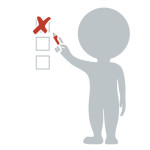 This is perhaps the most common mistake and it shouldn’t come as any surprise since human nature skews toward playing safe until you cross a certain level of security. There are plenty of generally good reasons why that rationale makes sense but when it comes to professional orchestras, an employer has greatest leverage in a negotiation when they know an employee feels safe, relieved, and looking to get comfortable.

Simply put, a musician is less likely to walk away from an offer and a position once s/he has pulled up roots, signed a lease or purchased a home, made new friends, etc.

Consequently, the optimum time for new hires to negotiate is at the point the employer makes an initial offer (hopefully, via a written letter of intent). In this scenario, the employee retains more leverage because there’s less risk related to turning down an offer*and increased flexibility in negotiating time-specific ancillary terms such as moving expenses. The employee also has more options with crafting a structured agreement that contains both pre and post tenure terms and conditions.

Perhaps unsurprisingly, there are exceptions to the rule but by and large, the best time to negotiate is at the point where you win an audition.

*Yes, the odds of earning a position in a professional orchestra aren’t favorable and to some, it may seem unthinkable to turn down a job offer after winning an audition but it happens more than you might think and in my professional opinion, would do the entire field good if it became more commonplace.

2) Assuming Something Is Non-Negotiable 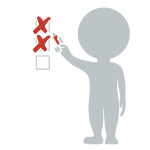 There’s quite a bit more to negotiate than just dollars and cents; indeed, it isn’t unusual to encounter big differences in negotiable items from one instrument to another (do you have any idea how much freaking time and money double reed musicians spend on reeds?). By and large, most employers are amiable to discussing pretty much any term and smart employers are thoughtful enough to know that something which seems insignificant to them may hold a great deal of value to the individual musician.

Consequently, what they want is an employee that consistently brings his/her A-Game to the stage and be a positive influence on off and on stage colleagues. Sometimes that means including one or more items that aren’t common among other musician’s individual agreements, so if a musician can secure one or more terms so that it becomes a win-win scenario (i.e. doesn’t cost the employer anything out of pocket nor does it require the musician to bargain away other terms in order to secure), all the better. 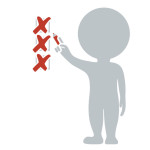 Although this has always been good advice, it has become increasingly important in recent years, especially among higher budget ensembles thanks to more and more musicians ratifying master agreements with terms that provide lower levels of wages and/or benefits for incoming musicians.

For instance, in order to protect an existing term or minimize a concession, existing musicians agree to terms that provide incoming musicians with lesser conditions; for example, paying musicians hired after a certain date a lower seniority scale.

Something like seniority provides all musicians with a fixed pay increase at regularly scheduled retention thresholds (e.g. five years = extra $20/week, 10 years = extra $25/week, etc.) but since the economic downturn, it is increasingly common to see terms where new hires are paid lower rates and/or prescribed longer thresholds. For a musician that remains with an ensemble 20 years or more, this amounts to being paid tens of thousands of dollars less for doing exactly the same work and absorbing identical responsibilities as colleagues who were simply hired at an earlier date.

Reading the CBA will help identify any potential wage and/or benefit inequalities that should, in turn, be addressed as a bargaining item. 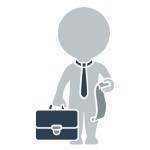 To date, I’ve lost track of how many hours spent reviewing the above items with clients so it seems like a good move to not only save some time down the road but hopefully help prevent a musician employee from unnecessarily missing out.

Perhaps unsurprisingly, there are a number of other bear traps to avoid (failing to get offers in writing, neglecting to read final language, conducting all bargaining via email, accepting initial offers out of hand, etc.) but these three are among the most common errors, not to mention some of the most costly.

In the end, these items cover general situations and you should always consult with an experienced professional in order to determine the best course of action for your unique situation.

9 thoughts on “Three Big Mistakes To Avoid When Negotiating Overscale”

X
Time To Spruce Things Up A BitConsulting ProjectsIt may only be Wednesday but it has been a busy week for new and updated web work. Regular readers already know that ArtsHacker launched on Monday (an…

314 min
X
Well This Is InterestingConsulting ProjectsThe 4/9/18 edition of ArabNews.com published an article that reports a new agreement between Saudi Arabia and the Paris Opera "to help Saudi Arabia se…