If you’ve been to Adaptistration Jobs in the past several weeks, you’ve likely noticed the addition of listings outside of the traditional orchestra and opera fields. We started experimenting with expanded listings to see how it impacted traffic and social engagement and after tracking the metrics, everything points to a go for this being a good time to officially open the gates and allow postings from other sectors within the larger performing arts field. 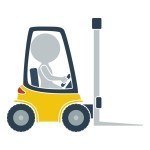 To that end, you’ll find openings in theater, for profit arts marketing, and academic fields among the current listings. As the list grows, we’ll incorporate additional job display filters for those categories.

In addition to the expanded types of openings there’s also a new way to share the listings at your own website. The new Embed Adaptistration Jobs feature provides a form you can use to generate an embeddable job widget showing job listings based on the criteria you select.

Once you’ve chosen your desired options for the widget, click the ‘Get Widget Embed Code‘ and the system will reveal two sections; a preview of your widget, and the code you can paste on a website to display the jobs. 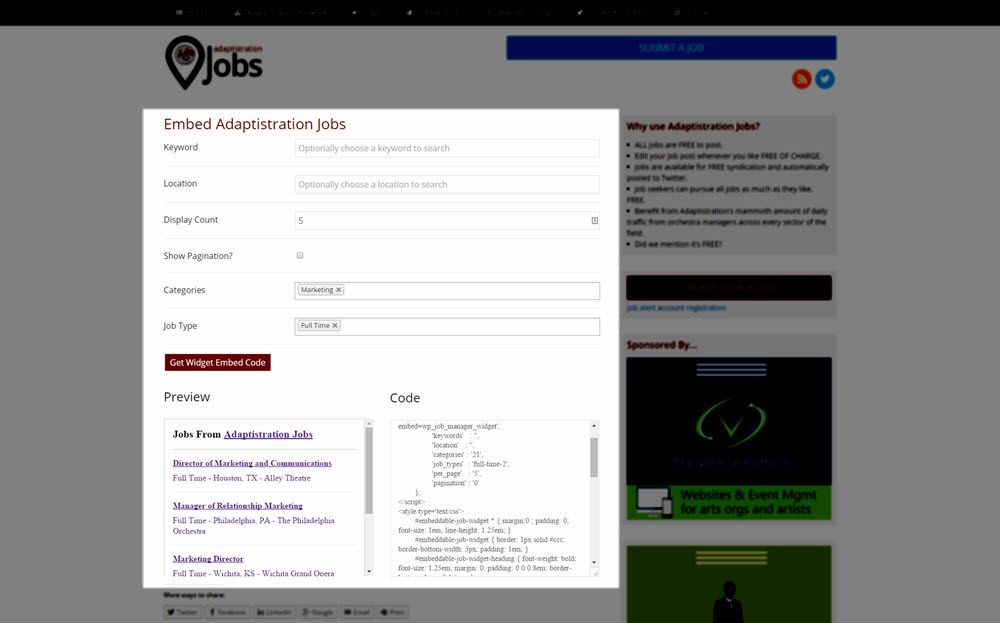 Check out the expanded listings!
FacebookLinkedInEmailCopyPrint