Lisa Hirsch touched on one of my favorite pet-peeves via a post from 10/12/15 at the Iron Tongue of Midnight wherein she laments a recent online ticket buying experience that she dubbed “ticket buying hell.” It covers the usual vexations but one intriguing suggestion she offers is making sure board members endure process in order to experience what the public goes through when purchasing tickets. 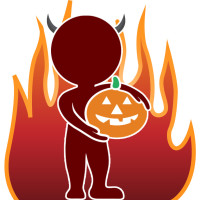 As someone who works on both sides of this issue, I can get behind this idea and hope that it motivates board members to begin asserting higher expectations along with allocating and/or generating additional revenue needed to mitigate the problem.

Having said that, this isn’t a problem that necessarily requires throwing a bunch of money at to solve; if it were, it would have been marginalized years ago.

Far too often, groups spend four to five figures on marketing consultants to help increase ticketing revenue but in the dozens of reports I’ve read, the consulting firm doesn’t spend nearly enough time, if any at all, evaluating the impact of the ticketing software.

Having said that, the problem is exacerbated by the lack of worthwhile ticketing software options available; simply put, it isn’t as though there are several terrific providers out there with options across a variety of price points. Again, if there were, this wouldn’t be an issue.

And this leads right to the 800-pound gorilla in the room in the form of influence wielded by some of the existing larger ticketing providers that routinely come up short on delivering an adequate ticket buying experience.

As their market share grows, so does their ability to stagnate development but for reasons that escape me, consultants/providers, service organizations, and performing arts orgs seem content with letting this problem continue unchecked. But circling back to Hirsch’s suggestion, getting board members frustrated enough with their respective organization’s process may be a good place to get the tipping point underway.

But until then, Hirsch might as well apply for Underworld Air’s frequent flyer program in order to continue buying tickets online because there’s no reason to expect things will change anytime soon without outside influence to shake things up.

X
At Fourth And Long, Philadelphia PuntsCommentaryThe latest group from our list of mid to large budget orchestras with expired agreements that managed to ratify a new contract without resorting to a …

621 min
X
Following Up On The Movement To Improve Workplace Satisfaction…FeaturedSeveral weeks ago, we examined the value of improving workplace satisfaction within the orchestra field via grassroots efforts; specifically, increasi…
Send this to a friend