Apparently, some among the decider ranks within clothing retailer Old Navy don’t think very much of a career in the arts, as evidenced by a children’s t-shirt they are selling that displays the slogan “YOUNG ASPIRING ARTIST.” in big, bold Serif font but the word “ARTIST” is scratched out and the career choice of either “Astronaut” or “President” is written below in a sans-serif handwritten font (h/t @HESherman).

Perhaps unsurprisingly, the shirt garnered a considerable amount of negative feedback and Old Navy quickly became the target of ire across Twitter and Facebook. At the time this article was published, a search for #OldNavy at Twitter produces a string of angry tweets over Old Navy’s design fail.

According to an article by Madison Malone Kircher in the 12/30/2015 edition of techinsider.io, Old Navy has apparently pulled the shirts from their U.S. website and is in the process of removing them from stores. But that hasn’t prevented some Old Navy customers from taking snapshots of shirts still on display, moreover, the shirts are still available via Old Navy’s Chinese website. 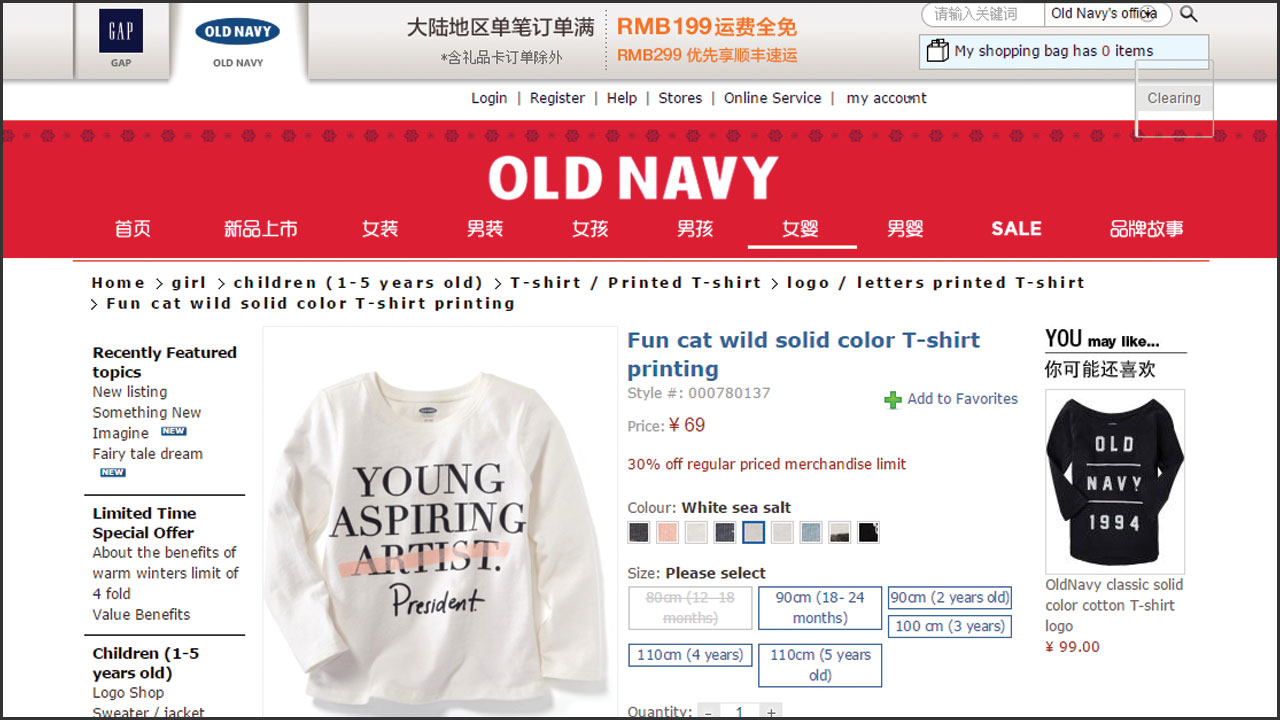 Kirchner’s article includes a statement from Old Navy in response to the negative feedback.

At Old Navy we take our responsibility to our customers seriously. We would never intentionally offend anyone, and we are sorry if that has been the case. Our toddler tees come in a variety of designs including tees that feature ballerinas, unicorns, trucks and dinosaurs and include phrases like, “Free Spirit.” They are meant to appeal to a wide range of aspirations. With this particular tee, as a result of customer feedback, we have decided to discontinue the design and will work to remove the item from our stores.

To put it mildly, it is discouraging to see a major retailer green-light a product that comes across as a misguided effort to empower young girls by associating a career in the arts with some sort of 50’s era misogynistic stereotype. 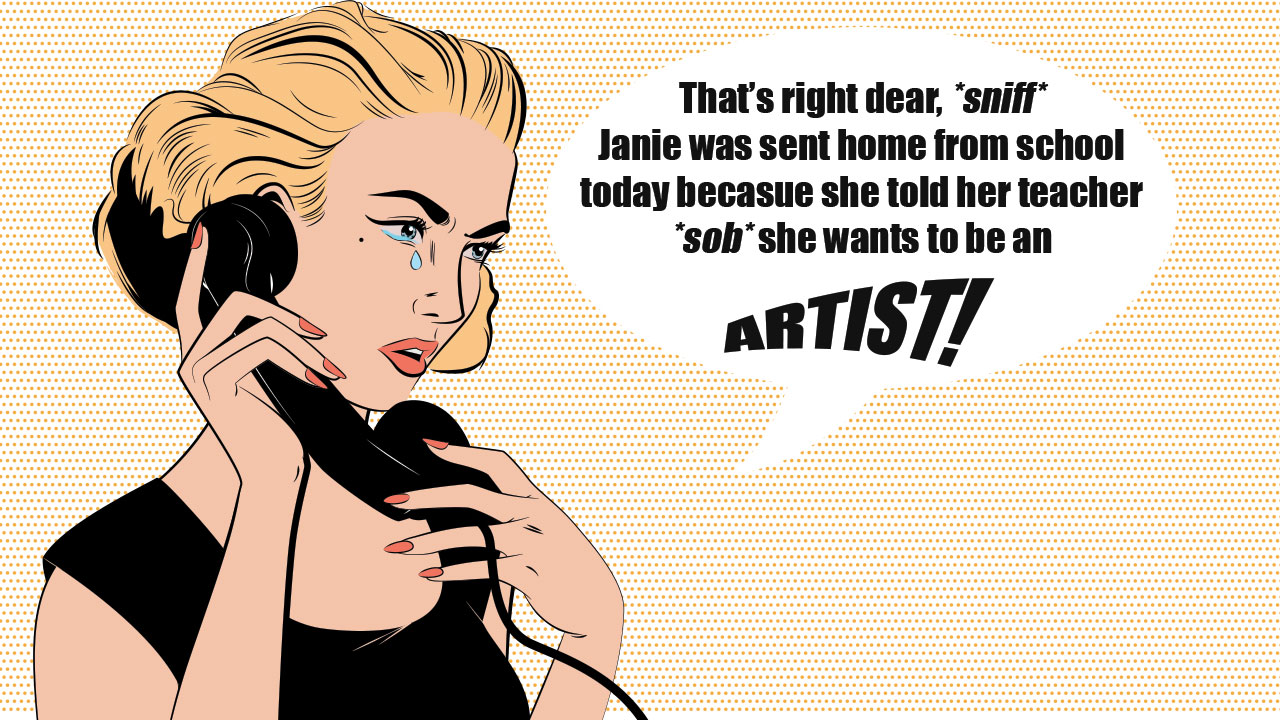 It makes one wonder how much Old Navy’s parent company, Gap Inc., will increase corporate giving to the arts as an act of contrition. Then again, you probably don’t want to hold your breath on that one.

In the meantime, among the many “corrected” slogans you can find online, one caught my eye and seemed ripe for being incorporated into some apparel mockups. 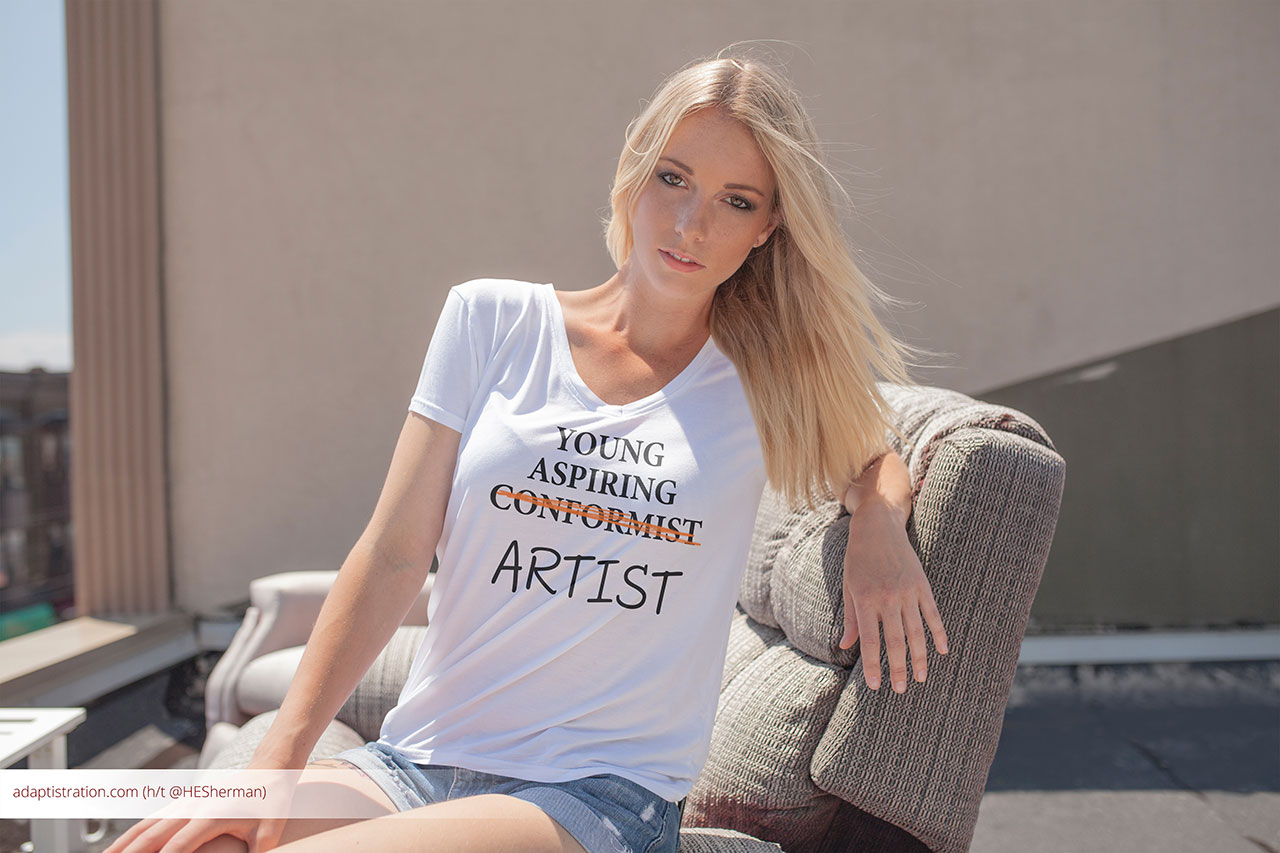 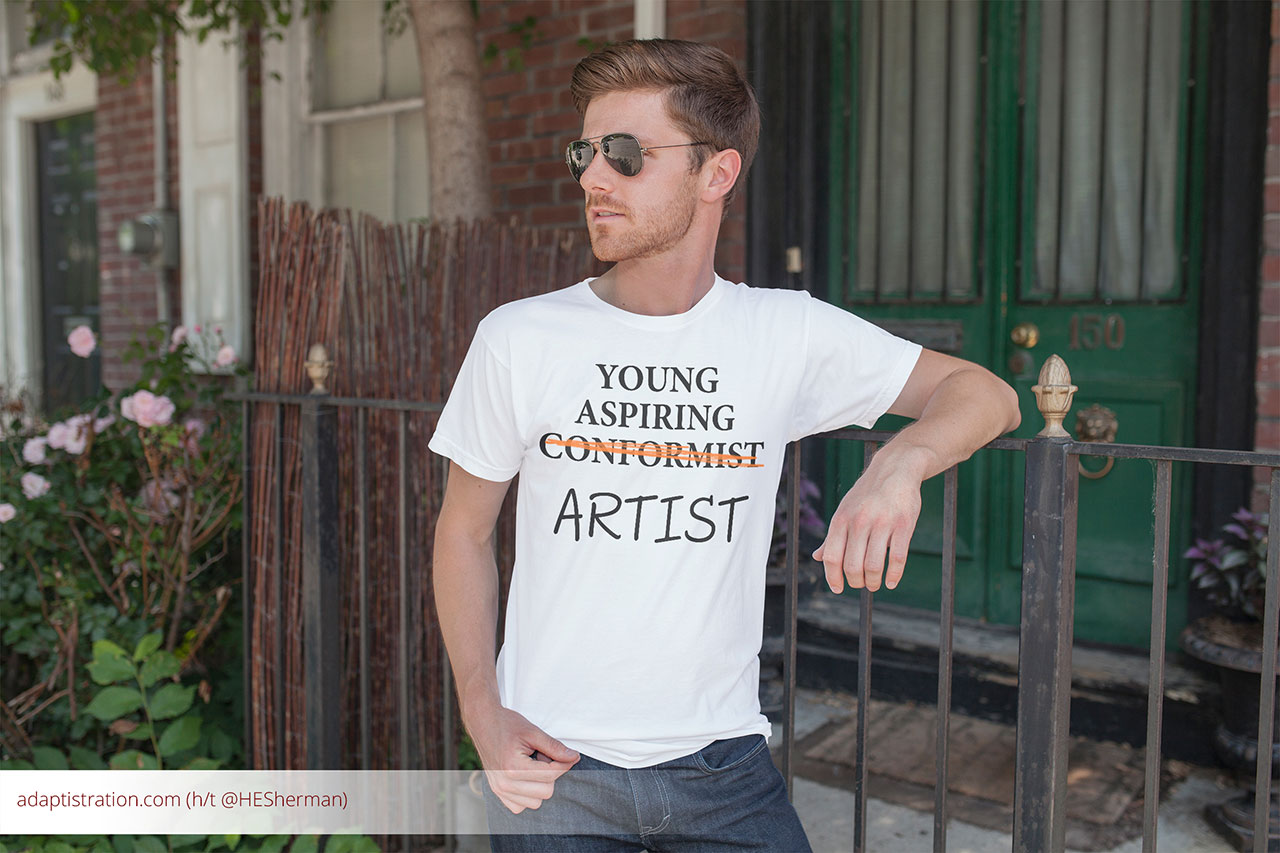 3 thoughts on “What A Way To End 2015: Old Navy Dissuades Children From A Career In The Arts”