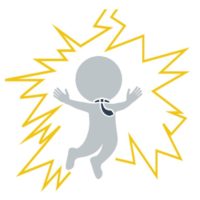 In what might feel like déjà vu at this point, the Oregon Bach Festival (OBF) is once again thrust into PR crisis mode shortly after their last brush fire seemed to be fading into memory.

The latest incident was made public via the 1/26/2018 edition of the Eugene Weekly in an article by Bob Keefer.

According to that article, the OBF hired a guest conductor, Jaap ter Linden, who was previously dismissed from a guest artistic contract in 2015 with the Oberlin Baroque Orchestra for reportedly using racial slurs during a rehearsal service.

Ter Linden was replaced as conductor and instructor following the student complaints, according to a story in the Oberlin Review, a student newspaper.

Andrea Kalyn, dean of the conservatory, told the Review at the time that ter Linden’s behavior was “not reflective of the values of Oberlin, and it shouldn’t have happened, and I’m deeply apologetic that it did happen.”

Kalyn, who is still dean, went on to say ter Linden would not be allowed to return to the conservatory while she remained in her job there.

If you’ve been following the OBF saga over the last several months, you’ll likely notice the irony. If not, stop by the OBF article archive, it won’t take you long to catch up.

Shortly after Keefer’s article was published, the OBF website apparently removed Ter Linden’s name for the July 3, 2018 concert where he was originally listed.

At some point, it seems that those tasked with governance oversight may reach a point where a clean slate protocol may be the most attractive option for getting out from under the weight of successive negative PR episodes.