In 2012, the musicians of the Chicago Symphony Orchestra (CSO) decided to announce a strike exactly one hour before one of the initial concerts from that season. The result was patrons arriving at the hall to discover the concert was cancelled.  While some offered their support, others were extremely upset at the short notice. 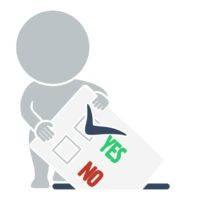 Ultimately, that strike settled in a matter of days, but the amount of patron animosity reached higher levels than usual for a strike of that length.

It appears the musicians learned something from that experience and are now telegraphing their strike punch by giving patrons three weeks’ notice of their intent to strike if an agreement is not reached.

According to a 2/14/2019 press release from the CSO musicians, the musicians voted to authorize a strike on 2/13/2019. While the musicians are not releasing the vote results, it was clearly enough to validate authorizing the committee to initiate a strike whenever they see fit. On 2/14/2019, the committee announced the musicians will go on strike March 10, 2019 if both parties fail to reach a new collective bargaining agreement (CBA).

The CSO labor contract with the Chicago Federation of Musicians, which expired September 17, 2018, was extended to March 10, 2019 in order to facilitate discussions and further explore the musicians’ retirement needs.  If no agreement is reached by March 10, performances will be suspended and the Orchestra’s 100 Chicago musicians will walk out.

Core issues in the dispute include most of terms that triggered the 2012 work stoppage: pension, health care benefits, and wages.

“With the CSO maintaining stable revenues, ticket sales, and donations, management’s attempt to squeeze the orchestra by ending our defined benefit pension plan, raising health care costs, and stagnating wages is both an insult to each of us and a danger to the reputation and viability of the institution itself,” says Gina DiBello, [CSO] violinist [and member of the musicians’ negotiating committee].

As an aside, if you’re curious about where CSO musician base pay stacks up against their immediate peers, be sure to check out this article from 5/25/2018 examining top-tier musician compensation. You’ll find several years of figures for base musician salary across the top eight highest paying ensembles.

The musicians assert the employer is demanding concessions due to the long-term bond debt the organization stemming from a large renovation project during the tenure of CSO president Henry Fogel.

[CSO] Percussionist [and negotiating committee member] Cynthia Yeh adds: “Management is trying to squeeze us to pay their bond debt for a rehab of Symphony Center costing more than $100 million.  We know that when people refer to the CSO they mean the musicians, our Maestro Riccardo Muti, and the music – not the building, however lovely it is.  And it is this, the music and musicians, the heart of the CSO, that we are willing to strike to protect.”

The Chicago Symphony Orchestra Association (CSOA) issued a statement* in response to the musicians’ announcement later the same afternoon.

The statement disputes the musicians’ claims and asserts the CSOA is not seeking a concessionary collective bargaining agreement. Interestingly enough, the CSOA states their orchestra musicians have the highest base salary rate of any US orchestra, even though the LA Philharmonic (LA Phil) and San Francisco Symphony (SFS) have higher base musician annual salary rates.

In order to justify its position, the CSOA adjusts the base salary at the two higher paying orchestras to subtract what it defines as additional compensation for living in the cities of San Francisco and Los Angeles. However, regular readers know that the LA Phil and SFS maintain very different terms related to offsetting any housing costs.

as it turns out, we’ve examined that issue across a few recent recent articles:

What’s All This About A Housing Allowance?

When it comes to the SFS, that orchestra has yet to finalize the language for their new Real Estate Equity Sharing Clause, which replaces any previous housing allowance terms. Consequently, how the CSOA is able to make its calculations without those finalized terms is unknown.

While the CSOA purports their current proposal is not concessionary, it mentions nothing about proposed pension plan terms.

If the musicians’ assertions are accurate and the employer is insisting on converting from a defined benefit to a defined contribution plan, there’s no way the agreement wouldn’t be concessionary unless they plan on grandfathering in all existing musicians and sticking incoming musicians with the bill.

In the end, neither side in the dispute is providing much detail about their respective offers and without knowing those key terms, there’s no way to really know how far apart they are.

Until that changes, everyone on the outside looking in will have to be content with cagy PR games.

*The CSOA’s statement was delivered in PDF format and I no longer have the patience to deal with the copy/paste nonsense that is using a PDF file as a resource. This is the reason why none of the copy from the CSOA’s statement is excerpted. If you’re curious to learn more about why you and your organization should never use PDF files if you anticipate recipients needing to use as a copy/paste source, please give this article a read.

X
Baltimore Decides To Do Away With the Safety NetNegotiationsBack in November, we examined some of the contentious negotiation points in the ongoing negotiations between the Baltimore Symphony Orchestra (BSO) an…

2973 min
X
Planning Ahead For A Busy Week And A Quick CSO Update…NegotiationsWhat a week to be away at a conference. At the time this article was written (Sunday, March 10), the Chicago Symphony Orchestra (CSO) was in the last …