As the Baltimore Symphony heads into what is looking like an all but certain knock-down, drag-out labor dispute, it’s worth mentioning a few points of opportunity all stakeholders can benefit from.

First and foremost, it’s time to internalize the distinction between executives and staff within the larger administrative structure. 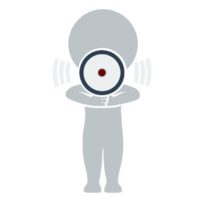 Historically, during orchestra labor disputes, it’s common for musician employees to use the term “management” when referring to the executive leadership; specifically, the CEO and board executive committee. Inside larger budget organizations, this can also include Vice President and Director level administrators. These are the actual deciders inside the organization and typically comprise the nucleus of what drives employer strategy.

As a result, it isn’t unusual to see musician talking points and picket signs directing ire toward “management.”

Unfortunately, management includes the general staff; the professional administrators who have little to no influence on strategic making and in most cases, are anything but welcome to introduce their opinion into related discussions.

This lack of distinction between executive leadership and staff during labor disputes is something we’ve examined pervious, especially since the economic downturn when the salary gap between staff and executives grew faster than ever during the field’s history.

Lumping everyone who works in the admin office under the pejorative “management” is not only inaccurate, but counterintuitive to the musicians’ goals. It’s akin to executive leaders trotting out the odious “musicians only work 20-hours a week” nonsense.

Simply put, we’ve evolved past the point where there are any good reasons for this to continue and it needs to stop.

Granted, this topic has a long history and I don’t expect it to change overnight, but I would be thrilled to see a concerted effort among the player conferences (ICSOM, OCSM, and ROPA) to make this an issue via member messaging. If nothing else, musicians should find far more common ground with staffers and make concerted efforts to reach out and build connections, even if the latter aren’t in positions to offer it up in a public setting.

Right now, the musicians of the Baltimore Symphony Orchestra and the board of AFM Local 40-543 have an opportunity to lead by example, regardless of outcomes.