According to a representative speaking on behalf of the Players Association of the Charleston Symphony Orchestra (PACSO) the official position of the musicians and its union, Coastal Carolina Association of Professional Musicians Local 502, have stated that they consider the Charleston Symphony Orchestra’s (CSO) decision to suspend operations “an illegal lockout and we are pursuing it to the fullest extent of the law.”… 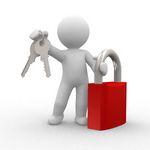 Since reporting on the decision to suspend the remainder of the season, The Post and Courier published an article on April 3, 2010 by Adam Parker that reports that the musicians are “working with presenters to ensure that the last few shows of the season go on as scheduled,” although confirmed performance dates have not yet been released.

In what has been a very black or white decision by music directors at other organizations with similar troubles, CSO music director, David Stahl, has decided to weigh-on on the matter publicly by offering an opinion in The Post and Courier article. In response to the assertion that the CSO’s musicians will likely leave if the organization continues on its current course and this would have a negative dynamic impact on the overall community, he affirmed the potential dilemma.

It is good to see the organization’s chief artistic executive becoming involved in a positive fashion. However, The Post and Courier also contained a curious statement from League of American Orchestras president Jesse Rosen.

The Columbus (Ohio) Symphony recently reorganized from the ground up and forged a partnership with the local performing arts presenting organization to consolidate back-office operations, Rosen said. And it is looking to use the Internet as a marketing and music distribution solution. Creative thinking like this is needed if a symphony orchestra is to be revitalized, he said.

Given the fact that far more is unknown than not about the Columbus Symphony Orchestra’s deal to outsource administrative functions, it is curious to see the League’s highest ranking administrator heap this much definitive praise on an entirely untested governance model. For instance, significant questions exist surrounding key components of that deal, such as:

Are these cornerstones of creative thinking and revitalization?

Granted, as a service organization, it is certainly the responsibility of the League to promote positive movements within the field. But wouldn’t have been far better to interject instances of organizations that are successfully “revitalizing” themselves by managing debt, cultivating newly established revenue sources, and working with its musicians to craft mutually agreed upon concessions without having to adopt radical and untested measures?

Aren’t executive leadership teams from these groups creative enough to merit mention and serve as inspiration? If there was ever a time for the League to broadcast instances of legitimate success, that time is now.

10 thoughts on ““An Illegal Lockout” In Charleston”