The news started trickling in toward the middle of last week but an article by Gabe Bullard in the 9/16/2011 edition of WFPL.com made it official when it reported that consultant Ralph Craviso had been selected by the Louisville Orchestra (LO) and their musicians to become involved in the mediation of their labor dispute. The only question in my mind upon hearing the news was “What, was Governor Scott Walker busy?”

Word on the street, which was verified via email by LO musician spokesperson Kim Tichenor, is the LO musicians signed off on bringing in Craviso which is perhaps the most puzzling aspect of this scenario.

I sent a series of followup questions to Tichenor asking whether or not the musicians’ negotiating committee solicited feedback from the rank and file members and what the committee’s reasoning behind the decision to approve Craviso but she did not respond. In the afternoon of 9/20/2011, she sent the following press statement issued by the Louisville Labor-Management Committee:

In a continuing effort to resolve the open issues remaining in the ongoing labor negotiations between the Louisville Orchestra and its Musicians represented by the American Federation of Musicians, Local 11-637, Henri Mangeot, Executive Director of the Louisville Labor-Management Committee who has been serving as mediator in this matter, announced today the retention of an industry expert to assist him and the parties to conclude an agreement.  Ralph Craviso, a consultant with experience in labor relations matters who has expertise in orchestra relations has been approved by the parties to assist in the ongoing mediation.

At the request of the mediator, the parties have also agreed to a media blackout during these discussions through the end of September.

If you’re wondering what the deal is with all of this, rest assured that you don’t need to know the secret knock to get past the doorman and into the insider’s point of view, just take a look at the trail of public record (emphasis added).

Craviso is mentioned throughout Carstensen’s article alongside stakeholder impressions of his role in the Seattle Symphony Orchestra’s (SSO) labor dispute at that time. 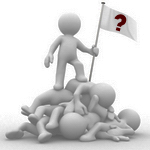 Despite differences with its players, orchestra management was hoping that Ralph Craviso, the lawyer it hired to negotiate the contract, would be able to craft an agreement. Craviso, who got his start as a labor relations expert in the airline industry, came with strong recommendations.

In an e-mail to City Arts, Henry Fogel, the former president of the League of American Orchestras, said, “[Craviso] is very smart, he is a tough but fair negotiator, and he is able to represent the management while being sensitive to the needs of the musicians as well.”

A number of sources familiar with Craviso’s record, all of whom asked not to be identified, disagree with Fogel’s assessment. They contend that Craviso has built a reputation for harming public perceptions of the orchestras he has worked with and debasing orchestra morale.

A look at Craviso’s record appears to support that claim. In 2007, he was involved with negotiations between the musicians and management of the Jacksonville Symphony. Failure to reach an agreement resulted in a long, bitter dispute, a musician lockout and canceled concerts. In the end, a federal mediator had to sort out the whole mess. Craviso’s approach, these sources contend, even resulted in the ouster of the orchestra’s executive director. Other orchestras Craviso has assisted have had similar experiences. In the mid-’90s Craviso advised the Philadelphia Orchestra management in negotiations that resulted in a bitter strike.

Carstensen’s article included a 1/17/2010 press statement from the Seattle Symphony & Opera Players’ Organization (SSOPO) which had the following to say about Craviso.

Are we really living inside a Dickens novel? A Tale of Two Cities declares “It was the best of times; it was the worst of times.” On the one hand we have just given a week of historic concerts under the storied maestro Kurt Masur: arguably one of the finest sets of concerts ever given by the Seattle Symphony. On the other hand, our days are occupied fending off the tired and discredited schemes of a McKinsey-originated financial model, and responding to the disingenuous monologues of the board’s NYC based consultant, Ralph Craviso (running the SSO in the stead of Thomas Philion, the nominal Executive Director).

It soon became clear that the board, too, realized the gravity of the situation. First Henry Fogel, then Ralph Craviso decamped to Seattle. Pronouncements were heard; commitments were made. Soon it was apparent that Seattle had ceded control of its beloved Seattle Symphony to two outsiders with checkered pasts and no status as stakeholders.

During the New Hampshire Music Festival (NHMF) labor dispute in the summer of 2009, Robert Levine posted an article (available now at Instant Encore) that provided an overview of the trouble.

The only adequate word in the English language to describe the current situation is the one that begins with “clusterf” and ends with “ck.” It’s an important story for our industry, made doubly important by the involvement in the Festival of one of the most prominent people in our field, former Chicago Symphony CEO and former League of American Orchestras president Henry Fogel.

Grizzled veterans of the orchestral labor wars of the 1990s (and I am certainly one) will find particularly piquant the nugget that sitting at the head table, with [NHMF board and management representatives] David Graham, David Graham, Rusty McLear, Susan Weatherbie and Ron Sibley, was… Ralph Craviso.

There is much, more to this story, and I hope to write about it in the next few days.

The Musicians of the New Hampshire Music Festival, 8/2009, by Marian Archibald

The Musicians of the New Hampshire Music Festival published a letter from one of their supporters during a prolonged labor dispute that once again involved Craviso.

The manager, David Graham, got the board to hire Henry Fogel as “Festival Director.” These two men have created a management nightmare… I’d love to know how much they spent on a lawyer, Ralph Craviso, who claimed he was not actually acting as their lawyer – “they have counsel in Concord,” – but he was present every time anybody talked with anybody else…The current management has no transparency and no civility. I think this may be because they have no money.

The orchestra elected a very experienced negotiating committee and held elections early because management had expressed a desire to settle early. Unfortunately, management’s rhetoric didn’t match their intent as they returned a $100,000 grant, and cancelled a study so they could instead commission a $50,000 report from Thomas Wolf (the author of two previous League reports) that was filled with erroneous information and presented three summary scenarios, one of which included massive cuts or turning the orchestra into a per service orchestra. There was an enormous build-up in negative management tactics, included the hiring of union-busting attorney Ralph Craviso.

[ICSOM chair] Bruce Ridge spoke about his experiences when he met with the Jacksonville Symphony board chair and voiced his astonishment as he watched the board turn down contributions.

I stopped searching for anything earlier than 2008, this seemed to be enough on its own.

0 thoughts on “Things That Make You Go Buh?!? Craviso To Louisville”