It seems news may be brewing in Louisville; however, the key word there is “may.” According to the 3/26/12 edition of the Louisville Courier-Journal in an article by Elizabeth Kramer, the Louisville Orchestra (LO) board of directors have decided to send the musicians a new proposal. And with the one year waypoint for the LO operating in the dark rapidly approaching, this could be a significant development or the latest in a string of “hurry up and wait” developments. 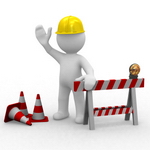 Nonetheless, it only takes one “right” offer to get the ratification snowball rolling downhill. In Kramer’s article, she reports LO board president Chuck Maisch indicated that in addition to the new offer, the LO is continuing to hedge its bet by keeping the replacement musician option in motion. However, the reality of that option is slim given the amount of time and effort they’ve put into it for more than three months.

In short, if they had those cards to play, they likely would have done so by now.

What’s interesting in the latest development is Maisch reportedly saying “he believes a new contract can only be reached through binding arbitration.” At the same time, there’s no clear indication if Maisch or the LO board are willing to modify the terms contained in their February, 2012 arbitration offer which, in turn, was subsequently rejected by the musicians.

According to sources close to the situation, Louisville Orchestra Musicians Committee chair Kim Tichenor, attended the 3/26/2012 LO board meeting to deliver a statement to the full board; the beginning of which included the following passage.

We know that some of you have reached out with questions that need to be answered honestly. Some of you have been prevented from getting answers to your questions or talking to us, while others have been given answers that are faulty, misleading or simply untenable. As some of you and your business colleagues have begun to realize, our differences are not as great as the LOI leadership has led you to believe – especially now as these realizations, facts and truths are trickling out in many conversations and occasionally in the press.

Ultimately, time will tell whether or not these latest overtures will produce anything of substance.

0 thoughts on “Hurry Up And Wait In Louisville”