One of the most common tasks in my consulting work with boards and administrators is adjusting preconceived notions about the musicians union. One of the reasons misconceptions are so common is the musicians’ unique level of self-determination and direct representation is in stark contrast to most other labor unions.

Beginning in the 1960s, orchestra musicians sought to displace the existing method for crafting collective bargaining agreements (CBA) by way of the employer negotiating with the Local union president, with a system of negotiating via elected representatives and directly ratifying agreements.

For the rest of that decade, the relationship between orchestra musicians and their union, the American Federation of Musicians (AFM), was strained as both sides struggled with issues related to control, but by the early 1970s an understanding was reached and direct musician representation became commonplace.¹

Musicians pushed for this level of self-determination because they believed the field had a great deal of untapped potential that bargaining via Local union representation was failing to maximize; as it turned out, in the wake of direct representation, the field expanded at a steady pace.

However, when musicians secured direct bargaining authority they also inherited responsibilities related to properly representing the interests of musician colleagues who are not regularly employed on either a salaried or per-service basis. These musicians are typically defined as substitute or extra musicians² and for the purpose of this post, we’ll refer them collectively as substitute musicians.

Even though the substitute musicians are part of the same musicians’ union, they are not afforded any direct representation in the collective bargaining process, they may not participate in official CBA related collective discourse, nor are they allowed to vote during any ratification process; instead, they rely entirely on their regularly employed colleagues to bargain in good faith on their behalf and consider their interests as they would their own.³

To that end, one of the benchmark topics is parity, or equal pay for equal work in the form of substitute musicians being paid an identical per-service wage as regularly employed musicians.

Prior to musicians securing their current level of self-determination, the obligation to represent both regularly employed and substitute musicians fell to the Local AFM, but beginning in the 1960s that responsibility, known as the duty of fair representation, has transferred to each orchestra’s group of musicians, known colloquially as a players’ or musicians’ association.

Self Determination And The Duty Of Fair Representation

One byproduct from the 1960s movement toward self-determination was the formation of individual player associations into an organized body known as the International Conference of Symphony and Opera Musicians (ICSOM), a players’ conference within the AFM that represents over 4,000 regularly employed orchestra musicians from 52 professional US orchestras. ICSOM membership is comprised of elected delegates from member orchestras who, in turn, elect a governing board. According to the organization, one of their missions is “to facilitate communication among its member orchestras and among all members of the greater musical community, offering support and assistance wherever needed.”

To that end, ICSOM holds an annual conference where they deliver reports, conduct a number of educational and training sessions/presentations, and ratify resolutions for internal governance and broader AFM related matters. They also publish a quarterly newsletter, Senza Sordino, which regularly contains articles geared toward improving communication and representation within member associations.

Following the Minnesota Orchestra settlement that brought a season-killing lockout to an end, we’ve been examining their associated substitute disparity clause along with a broader examination of substitute disparity throughout a majority of ICSOM level professional orchestras.

To date, representatives from the Musicians of the Minnesota Orchestra (MOMA) along with Minneapolis Local 30-73, AFM refuse to respond to inquiries on the topic nor have they publicly addressed a proposal I designed to mitigate the disparity. Consequently, I contacted ICSOM chair Bruce Ridge with a trio of questions about that specific topic.

Moreover, in order to learn more about why ICSOM has seen an increase in member orchestras ratifying CBAs with substitute disparity terms along with learning more about what ICSOM does to educate members on the duty of fair representation as applied to substitute musician representation, I included the following questions. 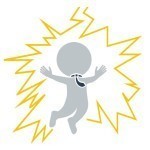 Unfortunately, Ridge failed to respond or even acknowledge the questions.

Perhaps unsurprisingly, it isn’t difficult to see how these issues rise to the level of third rail status for some orchestra musicians, especially those in leadership and/or representative positions. At the same time, adopting a public position of denialism as it relates to the concurrent issues of self-determination vs. self-interests could be construed as a counterproductive position.

We’ll examine these topics and more along with the MN Orchestra substitute disparity in future articles. In the meantime, any replies from Ridge, or any ICSOM officer, to the above questions will be published as soon as possible after they arrive.

¹ For more details, see The Negotiation Process: A Historical Timeline.
² For more details about substitute musician duties and responsibilities, see Questions Surround Minnesota Pay Disparity.
³ The only exception here is the Metropolitan Opera Orchestra and their respective AFM office, Local 802. In this instance, the Local negotiates a CBA for substitute musicians directly as a mutually exclusive agreement from the regularly employed musician CBA. We’ll examine that unique situation in a future article.