It may have flown under your radar but the 5/20/2015 edition of Gizmodo.com published an article by Matt Novak that reports on Google’s intent to begin modifying how television viewers using its Google Fiber service. Simply put, Google wants to sell ads directly and make them function more like their successful targeted online ads. 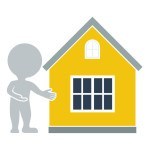 Given that Google earns most of its revenue from online ads, it should come as no big surprise that they are interested in adopting similar methods for television viewers. At the same time, this carries some positive potential for nonprofit performing arts organizations in that it could bring television advertising back into the realm of affordability. Novak sums it up nicely:

“Google clearly wants to turn the shotgun approach of broadcast advertising into a sniper’s bullet. Which is good for advertisers, but less great for the networks selling airtime.”

Having said all of this, it is important to point out that it may be a bit before Google steals the keys away from old school television networks. Currently, Google Fiber is only available in Kansas City, Provo and Austin and this pilot program is restricted to the former market, but don’t let that serve as a wet blanket for your enthusiasm.

In the oh-so-subtle way that is Google PR, they announced the program and released some basic details and how this can benefit local advertisers in a 3/20/2015 Google Fiber blog post (emphasis added to point out the end-run around national ads).

Cable TV providers generally offer some type of TV ad delivery as part of their local services…These ads will show during existing ad breaks, along with national ads, on live TV and DVR-recorded programs.

Fiber TV ads will be digitally delivered in real time and can be matched based on geography, the type of program being shown (eg, sports or news), or viewing history. You can opt out of seeing ads that are based on viewing history from the Fiber TV settings.

If you’re a local business in Kansas City, just as with digital ads, you’ll only pay for ads that have been shown, and can limit the number of times an ad is shown to a given TV.

It will be curious to see if any Kansas City arts groups opt into the pilot program.

X
You Get An Extra Day To KILL DE WABBIT!MarketingOn January 22, 2015 we took a look at how a New York Philharmonic (NYPhil) promo video on Facebook for their Bugs Bunny At The Symphony II show manage…

232 min
X
Only 12.5 Percent?MarketingThe 4/24/15 edition of The Nonprofit Times published an article (h/t Thomas Cott) that reports on a 2015 Nonprofit Email Deliverability Study that det…