I’m away at the 2016 @ArtsMidwest conference today but want to quickly point out two items of notes related to substitute parity (paying substitute musicians an equal per-service rate as their salary based colleagues). 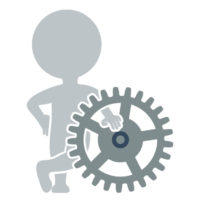 Regular readers know the topic of equal pay for equal work among orchestra musicians is a popular topic and one ongoing curiosity throughout those articles is a complete reticence by spokespersons from orchestra player associations, player conferences, and local and national union leaders to even acknowledge questions on the topic.

Consequently, it was a surprise to see the topic gain attention at both the 54th International Conference of Symphony and Opera Musicians (ICSOM) conference and the 100th American Federation of Musicians (AFM) Convention.

The AFM conference produced a resolution asking the union to “adopt a policy bylaw urging its members and locals to address these issues in accordance with basic principles of union democracy.” AFM International President, Ray Hair, published an opinion piece about the resolution for the 9/1/2016 edition of International Musician.

100th Convention Epilogue: The Quest for Fairness for Subs and Extras

A resolution that provoked considerable debate during the recently concluded 100th AFM Convention was Resolution 20—”Extras and Subs in Orchestras”—a measure which sought to address the disparity in wages and working conditions that exists in many orchestral collective bargaining agreements for substitute and extra musicians, as compared to those of their seasonally-contracted colleagues.

The proponents of the resolution, Local 8 (Milwaukee, WI) President Robert Levine and Local 444 (Jacksonville, FL) Secretary-Treasurer Brad Buckley—both former chairpersons of the International Conference of Symphony and Opera Musicians (ICSOM)—were determined to submit it to committee caucuses and the convention floor as an opportunity to meaningfully discuss the imbalance and inequity in contract coverage for subs and extras, despite the fact that those musicians are held to the same artistic standards as their rostered colleagues. In the text of Resolution 20, the proponents noted a range of important workplace dissimilarities, which I summarize below.

An increasing number of local orchestral collective bargaining agreements pay subs and extras lower per-service than full-time players. (We know that, in some of these local contracts, orchestra negotiating committee reps agreed to reductions in sub and extra pay as a concession to the employer in order to conclude an agreement).

A few orchestral CBAs contain benefit provisions for subs and extras such as AFM-EP Fund contributions, but most provide no benefits. In contrast to the protections enjoyed by their rostered colleagues, many subs and extras have no recourse for dismissal, or for getting demoted in the sub pecking order or removed from the sub list at the whim of a conductor or at the urging of a colleague.

As for the bargaining of the orchestra contracts that govern their services, subs and extras are rarely ever afforded the right to elect a rank-and-file rep to attend and participate in contract negotiations, but rather depend on their orchestra committees and local officers to advance their concerns. In addition, subs and extras practically never have the right to ratify the agreement or the contract provisions they work under, in stark contrast to the rights and privileges enjoyed under AFM Bylaws by most other members working under a CBA.

Resolution 20 asked the Federation to adopt a policy bylaw urging its members and locals to address these issues in accordance with basic principles of union democracy.

When Resolution 20 hit the Federation’s inbox prior to the convention, I was delighted and also somewhat surprised. I was delighted that two respected player advocates for orchestral musicians, Mr. Levine and Mr. Buckley, were interested in developing a dialog during sessions of the union’s highest decision-making body in an effort to promote fairness for thousands of AFM members. After all, if there are 12,000 rostered members of collectively bargained major and regional US and Canadian symphony orchestras, there are at least an equal number of subs and extras performing in those orchestras, and a great many of those musicians have a reasonable expectation to return to their workplace from season to season.

But I was also surprised because, from my experiences in organizing, negotiating, and administering symphonic collective bargaining agreements for the better part of three decades in Dallas-Fort Worth and across North Texas, I knew that the representational concerns of subs and extras were many times a point of contention and a source of divisiveness whenever employers proposed to pay for contract improvements for the regularly contracted members with cuts in pay from the subs and extras, and particularly when those in the line of fire had no voice at the bargaining table and no ratification vote. By daring to raise the issue at the convention, with its significant roll call of local officers who were also orchestral musicians, might Mr. Levine and Mr. Buckley be opening up Pandora’s Box?

Divisiveness, with its roots in bad business unionism, the contest between hierarchies within the workplace—the haves and have nots—where those at the bottom of the ladder are grist for the mill to protect those at the top, is the road to class warfare at contract time and political warfare within the union all the time. It gets you the member versus member, part-time versus full-time routine, and the cycle of concessions goes on and on.

Strong opinions about Resolution 20 were certainly exchanged prior to the convention and also during the Measures and Benefits Committee caucuses. But, if it could be adopted by the delegates in some form, it would represent a step forward, away from a culture of divisiveness toward recognition that to win against those who exploit us, we are stronger when we stick together, when we are all at the table, because we are stronger together.

Fortunately, the proponents of Resolution 20, together with delegates from the AFM’s symphonic player conferences, reached a consensus on the following amended resolution that established a new provision in the policy section of the AFM Bylaws as follows:

“As a matter of policy, musicians who work for full-time orchestral employers and their Locals are urged to negotiate and/or maintain parity in wages and benefits for substitute and extra musicians performing with those orchestras.

Further, in accordance with fundamental principles of union democracy and the Mission of the AFM, musicians who work for full-time orchestral employers and their Locals are encouraged to explore ways that substitute and extra musicians may participate in the bargaining process.”

My thanks to the proponents of Resolution 20, committee members, and convention delegates for their deliberative efforts in the quest for fairness for substitute and extras working in symphonic collective bargaining agreements.

It’s worth noting that the AFM resolution was co-sponsored by Robert Levine, President, Milwaukee Musicians’ Association, Local 8, AFM. Levine is one of the only AFM members who has been willing to examine this issue publicly, albeit not in any official AFM representative capacity.

On 1/20/2015, Levine and I discussed the topic of equal work for equal pay along and its implication to the 2014 Minnesota Orchestra settlement. SoundNotion.TV facilitated a discussion and I have been grateful to everyone involved for their willingness to examine the topic in such a candid and healthy fashion.

Watch the discussion and listen to the after show dialog.

The ICSOM conference produced a resolution that offered a statement of support for substitute musicians.

In Support of Substitute and Extra Musicians

Whereas, The Delegates to the 100th AFM Convention in June 2016 adopted Resolution #20, which seeks to achieve equal pay for substitute and extra musicians in salaried orchestra bargaining units, as well as their participation in the bargaining process; and

Whereas, Such conditions of unequal pay that currently exist are most often the result of demands by employers against the wishes of the bargaining unit; and

Whereas, Substitute and extra musicians are essential to the ongoing operation of any symphony, opera or ballet orchestra; and

Whereas, There exists no good reason for providing those musicians with any different wage than at least the scale wage on a pro rata basis; therefore, be it

Resolved, That the officers and delegates to the 2016 ICSOM Conference express their unqualified support for all musicians who try to make their living by performing the invaluable task of filling temporary vacancies and/or adding their talent to certain performances that require a larger ensemble; and be it further

Resolved, That the officers and delegates to the 2016 ICSOM Conference call on all orchestral employers to end the exploitation of our short-term brother and sister colleagues by this practice of unequal pay for equal work.

Submitted by the ICSOM Governing Board

We’ll certainly examine all of this in greater detail after I return from the conference but in the meantime, I’m very curious to know what you think about these developments. Take a moment to leave a comment or start a conversation on social media.

1 thought on “And Then That Happened”

And Then That Happened

776 min
X
What The Oscars, Contracts, And The Orchestra Field Have In Common…Artistic AdministrationTwo items that came out of last Sunday's Academy Awards caught my attention in how they intersect with the orchestra field: equal pay for equal work a…
Send this to a friend