Downey suggests that in order for the organization to maintain artistic integrity while addressing existing economic conditions, the BSO’s executive leadership must “establish total financial transparency.”

That’s a superb suggestion and one that has certainly assisted with not only resolving pending labor disputes (Metropolitan Opera Orchestra) but helping bring them to a close after going public (Minnesota Orchestra labor dispute).

But there’s far more than the devil lurking in the details. For instance, Downey provides the following overview of what total financial transparency would include:

One of the most important steps that BSO leadership can take would be to establish total financial transparency. The BSO should make all financial documents and the entire budget—including complete assets and expenses—available to the musicians and to the public. Everyone needs to see for themselves what the burdens are, in order to be on the same page. 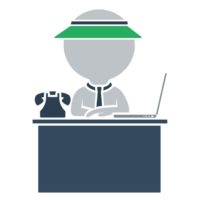 This is a great start. But even something that seems far reaching in its definition falls short in practical application. In the BSO’s case, there’s the complex and less than transparent relationship it maintains with the foundation that oversees the funds from selling off their largest asset at the time, Meyerhoff Symphony Hall.

Offloading ownership of endowments is a great way to obfuscate strategic decision making. And while there are certainly good reasons to offload endowment ownership, it’s more common to see it functioning in similar capacity to someone hiding funds from their spouse’s divorce lawyer so they don’t have share it in the settlement.

In order for fiscal transparency to work, it requires independent oversight and accountability. In the BSO’s case, that would include all communication with the organization that owns and manages the endowment and implementing similar transparency activity there.

I don’t see that happening anytime soon at the BSO, but I wholeheartedly support Downey’s notion that it should function as a cornerstone of ongoing stability.