There’s a fascinating article in the 6/25/2019 edition of The Baltimore Sun by Mary Carole McCauley that begins to draw lines supporters use to align themselves with one stakeholder or another in the Baltimore Symphony Orchestra’s (BSO) ongoing lockout.

Specifically, the article examines the recent spike of annual debt over the last 19 months and the impact it has on day-to-day cash flow.

The [BSO] owed its vendors $2.1 million as of late April – a debt nearly double what it was 19 months earlier…39.5 percent of the money the organization owed to tradespeople was more than 60 days overdue as of April 24. 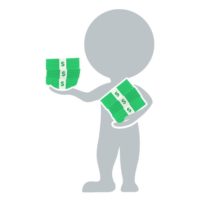 Extreme accumulated and annual deficits aren’t unusual when it comes to work stoppages and outside of the complete absence of musician stakeholders challenging those figures, there’s always concern the debt is artificial in nature.

In the hands of particularly skillful employers, generating an artificial financial crisis then using it to extract labor concessions is an old trick. Having said that, it can certainly get out of hand and backfire.

Recent examples include the Metropolitan Opera and Minnesota Orchestra labor disputes. In both instances, a combination of due diligence and independent analysis uncovered enough accounting irregularities and dubious financial decisions that it determined the outcome for both disputes (spoiler: it didn’t end well for the executive leadership).

In other situations, the financial crisis can turn into a controlled brush fire that gets out of control, such as what transpired in San Antonio in 2017/18.

According to The Sun’s article, BSO board chair, Barbara Bozzuto, asserted that the organization’s fiscal woes are the result of outside influences. The spike in debt is only the latest incarnation of systemic limitations and therefore not due to maladministration.

“The BSO has experienced financial challenges for well over a decade,” [Bozzuto] wrote, “and these issues are broader than one particular season.”

As of now, the BSO musicians are asserting current cash shortages are the result of unqualified overspending during recent centennial celebrations. At the same time, there aren’t any formal demands from stakeholders for an independent analysis of the BSO’s finances, but that could certainly change.

In the meantime, the musicians have asserted that part of the recent decision to lock them out and cancel their health care benefits is due in part to generate enough cash to pay off past-due vendor expenses. So far, that charge is being dodged by BSO CEO Peter Kjome.

Kjome didn’t respond directly when asked if the funds saved from salaries would be used to pay the organization’s outstanding debt. He wrote: “Paying our vendors is very much a part of the path to instituting a more viable and stable business model.”

Yes, paying your bills is a cornerstone of any successful business.

Moving forward, don’t be surprised if this becomes an increasingly hot topic if both parties fail to reach an agreement before the end of July.