One of the unique byproducts of having an archive with nearly 4,000 articles over 16 years is you tend to write about most topics and organizations at least once. In some cases, a lot more than once. One such example is the Baltimore Symphony Orchestra (BSO). 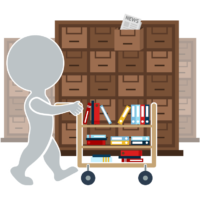 Since they’re headed toward what may be the latest threshold moment in their evolution, it seems like an appropriate time to point out the BSO article archive.

You’ll learn about everything from their decision to sell off their most valuable asset under dubious terms, to a series of contentious negotiations, to the public drama that was their 2005 music director search.

Not all the news is gloom and doom, the BSO has its fair share of good news articles too, such as becoming one of the early orchestras to adopt domestic partner contract language to meaningful efforts toward improving outreach and diversity.

In the end, if you’re following current events in Baltimore, don’t forget that any orchestra’s collective bargaining agreement is more than a collection of terms. It’s a record of its evolution.

Nothing shows up arbitrarily, consequently, the more you learn about its history, they better you’ll understand what’s unfolding today.

Outside of the fabulous work over decades from retired Baltimore Sun classical music critic and reporter, Tim Smith, I’m very pleased that Adaptistration provides one of the only outlets where you can find this much history about the BSO and American orchestras in general.

X
Classical Music News Can Show Up In The Strangest Of Places…HistoryWhile reading an article in the 9/12/18 edition of the Washington Post about South Korean military service evasion crime, I was surprised to see that …

#TBT You Have To Know The Past To Understand The Present, Baltimore Symphony Edition