Joe Patti published an absolutely fantastic article on 3/25/213 that examines the notion of corporate boards inviting artists into the mix in order to help keep the company profitable and healthy. 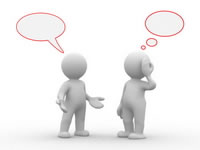 The part that cuts to the quick is Patti’s conclusion where he touches on one of the more fundamental disconnects which contributes to the current undertow of recent labor disputes in the orchestra field.

In wondering why [having artists sit on corporate boards] doesn’t happen more often, I came to the not inconsiderable or illogical conclusion that corporations may not view those who ask them for money as equal to the task of helping them make money.

This honest and poignant observation helps define why the age old “us vs. them” attitude between orchestra boards/management and the musicians exists and why, despite many well-intended but ultimately ill-advised efforts, it is likely to persist for quite some time.

The good news is that isn’t necessarily a bad thing. As it is, the traditional employer/employee relationship as defined by a collectively bargaining work environment has produced a great deal of success in the field. Arguably, far more than if the field chose a different path back in the 1960s.

With all the talk about new models, it would be nice to see more time spent on identifying the elements within this relationship that work and what we can do to help shore up those that don’t.

In the end, you can’t expect leopards to change their spots but it isn’t unreasonable to see an upgrade or two along the way.

You never know, by helping the system evolve instead of playing God, we may reach the point where observations like Patti’s may seem antiquated and passé. Just the thought of it puts a smile on my face.