The topic of equal pay for equal work as applied to substitute musician wages has been an uphill examination over the past year. We began exploring the topic in the wake of the Minnesota Orchestra settlement that ended their season-killing lockout after learning the agreement failed to maintain wage parity for substitute musicians and even when the option of achieving parity through direct action was available, the musicians and their Local opted against enacting those measures. 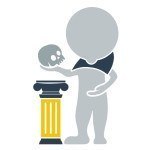 Throughout the course of these events, the Minnesota Orchestra musician representatives, representatives from the patron support organization Save Our Symphony Minnesota (SOSMN), the Twin Cities Musicians Union – Local 30-73 AFM, and even the International Conference of Symphony and Opera Musicians Chairperson all declined to discuss the topic and related issues. Consequently, it was time to go right to the top representative at the American Federation of Musicians (AFM), the union that represents the majority of professional orchestra musicians.

That person is AFM president Ray Hair and I contacted him requesting an interview to learn about his thoughts on what exactly constitutes equal pay for equal work as well as the duty of fair representation via regular orchestra musician members representing their substitute colleagues.

Numerous email and phone messages were not returned.

At the same time, the AFM published a video from Hair introducing an AFM education video series expressly for professional orchestra musicians where he clearly presents one of the union’s fundamental principles.

“Protecting musicians’ rights and conditions of employment is at the core of the AFMs mission. It strengthens our union when members understand how to protect their interests and those of their colleagues.” ~ Ray Hair

Within the series of videos, there are no direct references or examinations of equal pay for equal work as applied to substitute parity and only a few instances referencing substitute musicians within the duties of fair representation. Currently, the bulk of educational content focuses on master agreement enforcement, bargaining, and a two part series on organizing.

Consequently, and from the perspective of leadership and member education, the AFM provides no firm position on the principle of substitute parity and little to no educational resources for orchestra musicians representing the interests of those substitutes.

To date, the only individual willing to discuss this topic was Robert Levine, the current president of the Milwaukee Musicians Association, Local 8 of the AFM and Principal Violist of the Milwaukee Symphony Orchestra and although it was an excellent conversation, Levine was functioning in an un-official capacity and not representing the AFM or any position other than his own. Levine has also published a pair of articles on the topic at his Polyphonic.org blog and one theme that appears there (and reiterated during our moderated discussion) is a reticence against sending a negative message to the employer that musicians might be willing to subsidize what they consider a bad decision.

“The Local has legitimate needs for its dues income, which shouldn’t include subsidizing a management’s decision to pay subs less than is affordable or fair. The union should not be a piggy bank to cover bad management choices any more than should the musicians.” ~ Robert Levine

There is undoubtedly merit in that position but its value begins to dissolve when applied to a fundamental principle such as equal work for equal pay.

In the case of the Minnesota Orchestra, this concern over sending a potential message that the employer can attempt to leverage financial concessions for perceived governance failures misses the very real message that if you push hard enough against the boundaries of self-interest vs. the principle of equal pay for equal work, salaried musicians will capitulate to substitute pay disparity.

It might take turning the screws so hard that they break and the musicians will likely fight tooth and nail the entire time while simultaneously laying blame at the feet of their employer but once the deal is done, they’ll subsequently justify the inequity if needed.

From there, the employer is free to explore just how far these tiered principles extend not to mention retaining a bargaining chip that has both economic and ideological value in the sense that an employer can routinely test the musician employee’s collective threshold for self-interest vs. fundamental principles of labor rights.

Creating Their Own Demons

Another message musicians should be concerned about whenever adopting substitute pay disparities is one sent to a generation of incoming orchestra musicians. As we’ve previously
examined, substitute musicians and salaried orchestra musicians both pay equal membership and work dues into their union but the former are not provided the same degree of representation and must rely on the latter to represent and protect their interests in good faith.

Every time a group of orchestra musicians consents to a substitute pay disparity, it sends a message that union membership is no guarantee of equal representation. Moreover, when the disparity is subsequently justified by the same individuals, and to a lesser degree when those in positions of leadership decline discussing the issue, it creates future colleagues who are not only risk averse but increasingly willing to accept unnecessarily unreasonable employment terms served up under the pretense of “better this than nothing.”

Simply put, the practice of substitute disparity only germinates a generation of docile musician employees that reactionary employers can routinely manipulate.

Consequently, an environment of self-fulfilling prophecy begins to emerge where salaried musicians blaming the substitute wage disparity on undue pressures from bad and/or abusive managers are only making it that much easier for those types of executive leaders to thrive inside the field.

Not long after the article on this topic from 2/16/2015, a reader who works as a freelance musician sent a direct email with some genuinely intriguing perspectives. His identity is protected via anonymity due to a reasonable risk of becoming the target of retribution for offering up his observations. His remarks are published here with his permission.

Hi Drew, I just wanted to send a note to thank you for covering the equal pay issue…I believe that the best thing for the majority of working musicians is for complete solidarity among all of us (as impractical as that may be).

When you first started covering the Minnesota sub pay situation, I have to admit I was puzzled by your interest in the issue, beyond the fact that you are a good guy looking out for people like me.  However, as I learn about the context I feel more and more that this is a big deal in terms of the failure of our union to attempt to represent all of its members.  Your last post on the subject [link], in particular the link to the NLRB “right to fair representation” rule, really opened my eyes to the idea that the union might not even be fulfilling its legal obligations in this regard.  I have since been going back through your history of the negotiation process [link], followed by some of the outside reading on the history of ICSOM [link] and the union.  Fascinating.

It is so strange for me to realize how thoroughly “on the outside” I am as a freelancer not working under a CBA.  The funny thing is, within the group “classical players who are union members”, I am almost positive that there are more like me (not full time CBA represented) than there are like them (full time CBA represented).  Not that I think that should matter- once again, I think we all have to stick together to make things work for professional musicians.

As a side note on the subject of the fair treatment of subs by CBA musicians: during the time that the Minnesota and Atlanta orchestras were both under work stoppages, players from both orchestras were taking work here in the Northeast (and no doubt elsewhere), affecting freelancers well beyond the group that are now affected by their new contract at home.  But of course you know that.

Thanks again for shining some daylight on all of this.

The freelance musician’s observations create an intriguing juxtaposition against some of the more common rationalization for enacting substitute pay disparities. Robert Levine included one of the more common perspectives in his post on the issue from 1/9/2015.

Of course it’s not fair that [the Minnesota Orchestra substitute musicians are] now making less per service than are the full-time musicians. But it’s likely still the best-paying freelance gig, for the most musicians, than anything else between Chicago and the West Coast. Given the choice between getting 90% of the full-time per-service pay now and a 17th, and 18th, and 19th, and 20th, and who knows how many more-th, month of no work from the Minnesota Orchestra, it’s not obvious why the subs who depend on that work would have chosen the second option.

If this sounds familiar, that’s because it shares the same principles as trickle-down economics, colloquially known as Reaganomics.

Some might call it ironic that the “largest [union] in the world representing the interests of professional musicians” embraces an economic ideal that has more in common with Reaganomics than the Labor Rights principles of equal pay for equal work.

The substitute pay disparity in Minnesota is only one of a string of such disparities but what made this situation unique is it became the first where the salaried musicians consciously opted against a plan to rectify the inequality even if that meant acting on their own accord. When compared alongside the nature of the AFM’s educational material, reticence among its chief representatives to discuss the issue equal pay for equal work in a public forum, and the uptick in the ratio of orchestra musicians accepting substitute pay disparity terms, irony abounds.

In the end, the AFM and the orchestra field in general share a very similar problem in that both have struggled over the past decade coming to terms with the need to justify their value; not only to their respective core constituents, but the public at large. Continued failure to do so only invites the potential for increased irrelevance and disenfranchising future generations.

Should AFM president Ray Hair, ICSOM chair Bruce Ridge, Twin Cities Musicians Union – Local 30-73 AFM president Brad C. Eggen, or any representative of the Musicians of the Minnesota Orchestra committee decide to discuss the issues of equal pay for equal work, we’ll be certain to publish the results from that conversation.

22 thoughts on “A Crisis Of Conscience Inside The AFM”