How does an industry with so many decades of carefully crafted narrative go about changing on a dime in response to a prolonged pandemic? This was the basic premise of today’s episode and in order to talk it out, I invited two of the sharpest minds I know that work inside the arts field: author, interviewer, and curator Mark Larson and 6-time Emmy Award winning writer/producer, Scott Silberstein.

I dare you to get through this episode an not feel energized. To that end, I don’t think we’ve had an episode with so many wonderful tweetable moments, here are some of my favs:

[easy-tweet tweet=”Nothing will breed a certain amount of contempt and distancing than unfamiliarity, or perhaps more to the point, the feeling of not getting it or being made to feel stupid.” template=”modern”]

[easy-tweet tweet=”The arts are the one place where we can all walk into the room and not know a thing about the people there but know that we’re all rooting for the same thing.  We all want to be entertained, transported, and have something cool to talk about.” template=”qlite”]

[easy-tweet tweet=”(In the theater), I don’t feel like there are rules I might stupidly break…like I did when I brought students to the orchestra.” template=”modern”]

[easy-tweet tweet=”If I don’t know it, it must be feared.” template=”qlite”]

[easy-tweet tweet=”We want everything that happens here to have the implicit message ‘we’ve been expecting you.'” template=”modern”]

[easy-tweet tweet=”One gift from the crisis…is we got quiet for a moment and we had to sit sat down and do a little more listening. We were really forced to question things we never really questioned before.” template=”modern”] 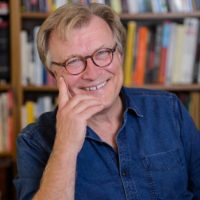 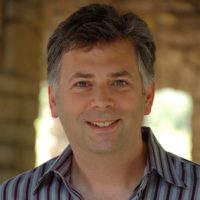 Scott is a 6-time Emmy Award winning writer/producer for 20-time Emmy Award-winning HMS Media, which he co-founded with Matt Hoffman in 1988. He has developed, produced and written broadcast and digital specials including Chicago Voices (with Renée Fleming & Lyric Opera of Chicago), The Hip Hop Nutcracker, First You Dream: The Music of Kander & Ebb, Through The Night with Daniel Beatty, Steppenwolf Theatre Company: 25 Years on the Edge, Second To None (with Tina Fey & The Second City), Dance For Life, Our City Our Shakespeare (with Renée Fleming and Chicago Shakespeare Theater), Get Happy: Angela Ingersoll Sings Judy Garland, The Chicago Dance Project, Dance From The Heart (featuring Ben Vereen and The Joffrey Ballet) and multiple specials with Under The Streetlamp, River North Chicago Dance Company, Jump Rhythm Jazz Project, Celtic Woman and Keith Lockhart & The Boston Pops.

Scott is an Artistic Associate at Lookingglass Theatre Company, serves on the advisory board for Giordano Dance Chicago and is a past Vice-President of the SeeChicagoDance board of director. As an arts advocate, he is a board member of Arts Alliance Illinois (where co-chairs the Arts Leadership Council and serves as a team leader for the National Arts Action Summit), a member of the Legislative Council for The Broadway League and published of the Arts in Action newsletter. He was a classically trained pianist, winning the Jose Iturbu Scholarship from the Baldwin Piano Music Labs educational program and earning a piano studies certificate from London’s Guildhall School of Music at the age of twelve. He has won three Ruth Page Awards for Collaborative Artist of the Year for original dance scores, sound designs and television projects. As a composer and sound designer, he has created music scores and soundscapes for River North Dance Chicago, Zephyr Dance, Kast & Company and the Lynda Martha Dance Company, including Kira The Young Hunter with Phil Collins.